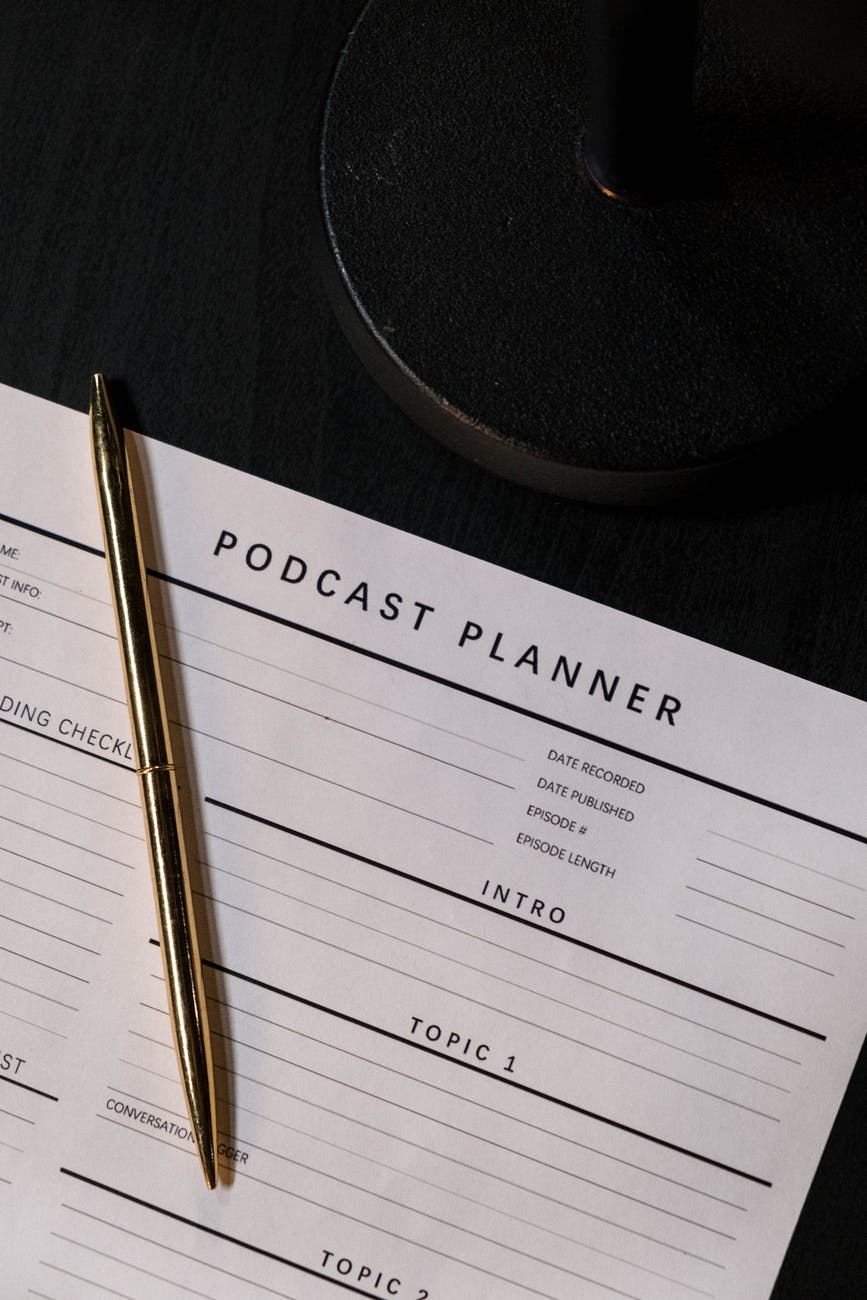 It’s amazing when an idea starts to talk to you in your dreams, when you’re in the subconscious stage of waking up, your fleeting thought becomes your great idea. Then you start to think about how to make this great idea happen. I’m at that stage with my idea for Grandma Kathy.

Jewell Publishing LLC is the home to both Grandma Kathy and Kathy Jewell Raabe. Grandma Kathy will write children’s books and read them. I plan to get permission, if necessary, to read other children’s books and upload the videos to YouTube. It’s made me very sad to learn modern parents often don’t have 15 minutes (max) to read to their babies/toddlers before bed. They cannot spare the time. If they don’t have the time to experience this beautiful bond building activity, it makes me sad. I get it, people are busy. Not being critical, I can’t imagine both working full time and having babies/toddlers to raise. I was a stay at home mom until my daughter was three. Then I divorced and became a single mom. I get it.

In business, as well as in life, the key is being dynamic. You have to be. If I were to be critical of young parents who don’t have time to read to their little ones , I’d never sell a book. I’d like to create something useful to young parents with children. If they need a little time to entertain their child while getting them settled at night, why not have them watch a video of a Grandma-type person such as myself, reading a lovely story. It could work, having people download videos of various books, with myself reading them.

Of course, I’d need some tutoring on how to video myself reading, making them available on my website page, Grandma Kathy for free. When it gets to my own books, I’d need to charge for download, in addition to making the physical book available for those who still want them. This blog is my informal announcement of what I plan to do early next year, hopefully during the first quarter. What a way to spend the winter, learning something else new!

I’m working on planning by kid book rollouts, they may be altogether, maybe one, then two together. I need to look at all the options first. But this establishes it as my idea, and what I plan to do. Hey, maybe McGuigan Arts Academy will have a how to class for adults, or folks just getting started, like me! They’re sure great examples of taking risks for great ideas. Thanks, Billy and Kate. You’re all the best!

Risks are in this life for the taking. It’s a great thing to learn. And I’m grateful I learned it. Hope you all have a beautiful evening. We’ll see each other tomorrow, my friends. Keep reading. Or listening. However you get your books. Just take time.

You may simply end up with dirty hands. And that goes back on you. This quote from Joseph Parker, in my Adult Children of Alcoholics daily meditation book struck a chord today.

We don’t only throw mud at someone in a physical sense, but we do it every time we assassinate their character, or make blanket assumptions about a group of people, and even harboring ill will and long-standing grudges. And all we do is hurt ourselves in the process. The ones we are aiming at are nowhere close to where the target really is. And when it backfires on us, it isolates our beings; we may become resentful, feel sorry for oureslves, and become increasingly negative about everything.

Of course, we have the free choice to do whatever we want. Often people are negative because that’s the only way they know. I’ve seen negativity in my family, and it chokes the person off from enjoying their life. One with a lot of money may be miserable and poor of spirit. They could be a slave to the idea of having a counting house full of money. Does them no good at all. One with a good job and stable future may be negative about co-workers and complain about how many hours they work. They aren’t happy either. Work could be their addiction.

It’s hard to overcome negativity. Believe me, I know it’s hard to find positives when you’re a broke single Mom of three kids. When you run out of milk on Tuesday, don’t get paid until Friday, and go through couch cushions and piggy banks to find the exact change for a half gallon of milk. When you put gifts in layaway in September for Christmas, so you can pay $25 a week for twelve weeks and take them home to wrap just before Christmas Eve. When you thank God for the Home-Ec Class in high school that got you started sewing, and are able to make your own clothing, including business suits, to wear to work.

Yes, I was always grateful for what was in front of me. The car started every day (until it didn’t). The kids were good. Seriously, I’m grateful for that. I was a little handy with remodeling stuff. My sons were eager to learn how to put up a fence to keep our dog, Shadow, from running away. Thank God I had credit cards. I took full advantage of the 1976 law that allowed women to have their husband’s credit records in their own names, also. I was grateful for that.

Negativity had no place in my life when things went terribly wrong. When my son drowned, I prayed, and believed in God’s mercy, and he lived. I’m grateful for that until the day I die. My heart breaks for every Mother who has a child pulled from a body of water. So many are not as blessed as I was. Should I ever face a life and death situation again, of course I’ll pray, and it may not turn out well. I’ll have to accept it with grace and ask for God’s mercy.

When I was young, I believed if anything happened to my husband or kids, I’d die. That was not a truth of mine, it was a fairy tale. It was stuff movies and corny love songs were made of, not real life. Tragedy happens, and life goes on around you, whether you want it to or not. I learned that and it’s stuck ever since. If something happened to the Babe, I’d be devastated. But I know I could still live. It’d be crappy, but I’d live. Losing him would be much different than never having him in life at all.

Many, many times I’ve known things were going to change, either healthwise or my abilities, and all I do now is hold on, and ask God, “NOW where are we going?” He hasn’t failed me yet. Whenever I lose something, I gain something else instead. And so it continues. I didn’t get all my computer work done today, but we saw Gavin play his flag football game. He’s a great quarterback. He has fun whatever he does. Be Gavin. Have fun today. We’ll see each other tomorrow. Take care.

Nothing revs me up more than considering that each and every month begins with a brand new, shiny group of days that we get a do-over. Today is no exception. What will we do this month? We hope a lot. Both personally and as volunteers. Of course, the first thing will be with getting back to my novel. That should begin this week, with just reading what I’ve written so far. It will require reading all my notes, especially the ones from my sessions with Book Coach, Sam Tyler. I’m hearing her voice when I’m working now, little reminders of memory to remind me of what I should remember while writing.

Next, we’ll get better organized with blogging, publishing by taking advantage of pre-scheduling the publishing. It’s worked well as a trial, and some days are more conducive to writing blogs, others lead me to wanting to quilt. I’ve had a project sitting on the sewing machine for nearly a year now. It’s time to put the blocks together by rows and sashings, followed by adding boarders. It’s a beautiful quilt, all with batik fabrics. They have fascinated me since I learned in high school art class how the combination of dye and wax create the beautiful fabric.

I felt all smart when I was re-introduced to the word batik, and how the fabrics were so unique. They’re also expensive. I’ve been a miser with the few batik fabrics I’ve purchased, and whenever I use them, I know the resulting project has more love in it. Creating anything is very fulfilling, and calming. There are certainly a lot of ways to do it. Find one you may like. If you don’t, try something else. Small risks and changes to find something you may love to do.

It’s with gratitude we look at doing more outreach for the VFW Post we belong to. There are always countless opportunities to offer help for groups in the area. Right now, we want to concentrate on NE COPS, Moving Veterans Forward, and Guitars for Vets. We may add another one or two, but want to do each one well, not spreading ourselves too thin. Common sense should always prevail.

Friday of this week is my 50 + 1 High School Reunion. I expect it will be a time for renewing old friendships. The people who remain in your lives for that long are indeed special. I expect there will be touching base with people we knew, but didn’t hang out together. Maybe new friends will be cultivated from former acquaintences. I am looking forward to it. It’s another “New Beginning.”

It’s early Sunday morning, it’s going to be a perfect day for our Car Show, benefitting Guitars for Vets and Moving Veterans Forward’s scheduled 50 Mile March later this month. It is a march from Lincoln to Omaha, highlighting Veterans homelessness and those who suffer from PTSD. Very worthy organizations. Praying for a great outcome today. Time to get ready, and get out there! Be a blessing today. Let’s plan on seeing each other tomorrow, ok?