It definitely doesn’t mean we’re needy. I was raised in a “Do it yourself, you can’t rely on anyone!” kind of environment. When I was a single Mom, I did a lot on my own. At that point in my life, I was angry and didn’t trust anyone to stick around. I was looking for love in the wrong places as the song goes. Nothing was permanent. My kids and I were a great family, we were close, and had a lot of wonderful times. We also had hard times. When the car broke down or we needed a plumber, it was tight. Back then, the local plumber my folks used billed you 30 days later. A Godsend!

The kids and I learned a lot about dry walling, privacy fence installation, and a lot of other things. I was lucky the boys did the lawn without being shamed into doing it; they actually enjoyed it. One time, they tried to make a mowing pattern like they saw at Wrigley Field during the televised Cubs games. Great memories.

If I were to be honest with myself, I was devastated the person I thought would love me forever didn’t understand anything about me, the kids, or the life I thought we were building. It just didn’t matter to him. A lot of relationships end when one person refuses to grow and the other is held down. Sometimes you need to end something in order to become who you were meant to be.

It was the discomfort I felt during that time that urged me to change my life. I had to. I asked for help from professionals who knew what they were doing. It was the biggest risk I’d taken. Since then, I’ve learned a lot about creating opportunities and being honest with myself. I do know enough to lead my life, make my decisions, and enjoy the consequences or learn from my failures.

Honesty is what you learn when you ask for help. I had to be honest, Ken and Barbie were not happy as everyone thought. I’d also grown up in a house where we don’t tell people our business, and we especially don’t tell our father. As I’ve watched a close friend of mine bare her soul of her struggle with PTSDc, I’ve felt challenged to tell the truths I have, the ones that are close to my heart. I’m amazed at how people relate, and say, “I felt that way, too.” Or “I never realized how miserable you were.”

Many times we’re the guy or gal at the end of the rope being pulled to safety in the Coast Guard helicopter. Sometimes, we’re the pilot, helping someone else. I believe this is what we’re here for.

The Babe and I saw this action yesterday, at the end of the 50 Mile March. It got us in the feels for sure. Our friends from 50 Mile March, (Jay Miralles), Moving Veterans Forward, (Ron Hernandez), and Guitars for Vets (Taylor Frye Ullom), were feeling the effects of walking 50 miles in 22 hours. They are battered, beyond tired, blistered, and beginning to plan next year already.

Being part of the ones who battle the 22 a Day statistic humbles us. All we can do is gain information about suicide and learn it is not shameful. People are often at the point of no return and they’re afraid for whatever reason to ask for help. In September, the VFW Post 2503 in Omaha is hosting an afternoon of discussion and training on “Talk Saves Lives.” I’ll share the information soon. If you will be in Omaha on Sunday, September 25 from Noon – 4 p.m., you may be interested.

Today is a warmer day, and in the sun it’s hot. It’s supposed to do that all week, then cool again. Such is early fall in Nebraska. Take care today. Offer to help someone without them asking. Simply holding the door is fine. It all helps. See you tomorrow! 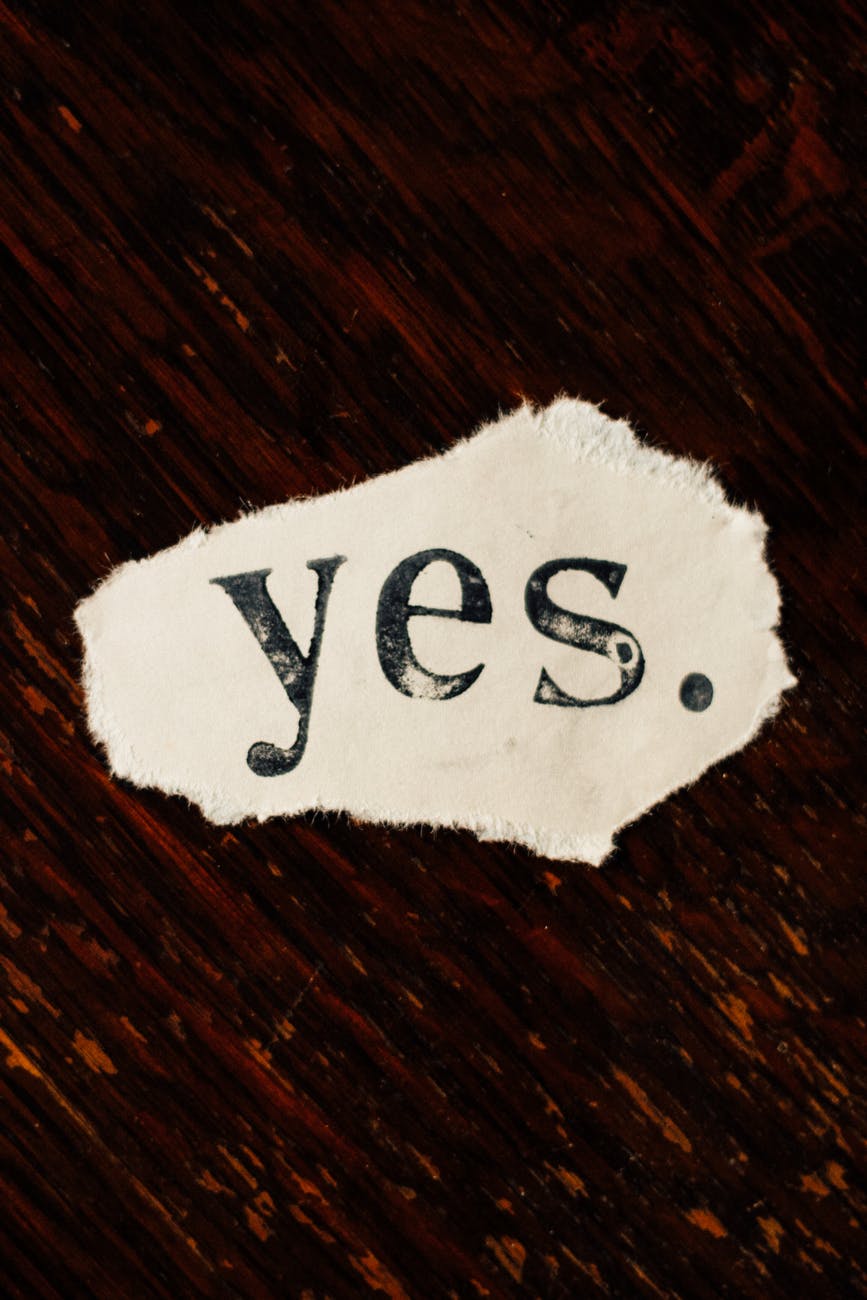 We all know people who wallow in the past. For every one who looks forward to adventures, there are at least a few who dwell on the past, bemoan loves lost, and make themselves be more miserable by refusing to move on. It’s a bummer to listen to the same dreadful story told with their faulty memories of what really happened. They accept no responsibility or blame for their destructive behavior. Over and over, they make themselves the victim. It’s very tiring listening. I have to separate myself from those types of people.

People suddenly become unaware they can still make some pretty significant contributions to life after retirement age. What? No. That isn’t true. Some of the most notable artists didn’t pick up a brush until after they were 70 years young. It’s all about timing. And confidence. And a great support group. Not your family and friends. The support of a group of like-minded people who can critique your creations and offer constructive comments to encourage greatness from you. Your family most likely will be “too nice,” and that’s good/bad.

As a woman who expected something totally different from this part of life, I can tell you, there is life after raising a family. I was not prepared for it at all. I thought I’d have a bunch of biological grandkids, and that didn’t come true until the last three years. My kids had kids later in life. My step kids have three between them, and I love them as much as the bio ones. Only two live in town, so although we’ve had the babysitting and fun times, and it was over too quick. Now they’re doing High School Dance Team and Flag Football. The three that live out of town, one is 8th grade, and the two others are in pre-school day care.

My daughter (in between chasing toddlers) encouraged me to write the kid’s book I always wanted to write. I cannot find a reason not to; I can find all sorts of excuses, but nothing valid. I lost my illustrator, and now I’m looking into using software on actual photos, turning them into my own cartoon-like photos. It should be fun. See? Learning something new yet again! It never stops. My I/T Department (brother-in-law Brad Shuck) is advising me about this.

This year has been pretty exciting for my writing. I’m growing an audience via Social Media and my blog. I’m advertising on Facebook, and it’s adding more followers for Jewell Publishing LLC, Kathy Raabe, Author, and Grandma Kathy. Grandma Kathy will be the name you will find on my kid books. I’m doing that for a couple of reasons.

First, I’ve read a lot about pen names, and writing in more than one genre. The word is you need separate names for each genre, so they don’t get confused. I don’t want to have two separate websites to maintain, nor do I want to spend the $$. Second, I think readers are smart enough to keep them separate. Maybe you’ll have a reader who has grandkids, they buy books for them from Grandma Kathy, and books for themselves from Kathy Raabe, Author. All the money goes into Jewell Publishing, LLC, and I’m the only one who needs to be concerned about that. Right? Right.

Never did I imagine all the business knowledge a person needs to be an indie author. I’m glad I had folks to guide me through the maze of vanity publishers, who are out there in large numbers, the reality of finding an agent, and going through one (I may not have that much time left!). There is so much more to writing than actually putting the words down on the paper. This weekend, I need to seriously catch up the website for our VFW Post. I have events photos that haven’t been shared yet, and I need to make the time to take care of it. Then I can get back to business.

In the meantime, thank you for making time for reading today. I appreciate it a lot. See you tomorrow!

We are working on getting started super early since today’s a day to get Mom to the Doctor. Not sure what else she needs to do, but we’ll make it up as we go along. I can see gray clouds way off to the west, and I hear there is supposed to be some bad weather a little later. Better bring the umbrella, although I may not need it.

I’m working on a few ideas for near publication time. Did you know parents prefer very short books to read their babies and toddlers? It’s really not the child who has a short attention span. I’ve read it’s the parents who insist on short books so they don’t have to sit and read more than about five minutes. I know everyone is busy, but gee. Are you in a hurry because you want to binge watch on Netflix? Maybe you should re-think how you’re spending your time. Listen, I know everyone is tired. The current generation of parents did not invent being tired as a parent. You may be tired because everyone is over-committed. Is it really worth it?

My idea is not ready to be shared yet. It may be a resolution for reading more than five minutes at a time for you busy parents. I’ll let you know after I run it by a few of my very creative friends. It’s not been done before to my knowledge; it’s so crazy, it just might work! More on that later.

Just by asking the question about reading to your child, I’m not shaming or trying to guilt anyone. The leisure time, in my opinion, is shortened because the younger generation of parents are much older than we boomers who had kids younger. We generally lived in the same city, sometimes the same neighborhood, as our parents and even grandparents. Many Moms stayed home. I did until my daughter was two years old. Her brothers had a cookie-baking Mom to come home to. I loved it. So did they. My daughter had the best substitute on earth – a lady named Kathy Snell.

Kathy babysat a number of kids in her home. There was always order. They all took a nap in the afternoon. She got my willful daughter to start a nap again. Rebecca wouldn’t do that at home since about eighteen months old. My daughter is much more outgoing than her brothers. I believe that was because she knew more people than the boys did. She was born independent, but I believe going to Kathy’s helped her be more sure of herself. Thanks a bazillion, Kathy. I could not have done it without you!

Kathy is an avid reader, and I know the kids were exposed to reading, learning toys, and learning how to be part of a group. They learned to be nice to each other. It was beautiful. And the kids all loved her. Maybe we should have a kid/Kathy reunion party someday? That would be fun to do.

The point is, many kids now live nowhere near their grandparents. Some rarely see each other. A valuable resource for help with families is grandparents. Now, they are not utilzed as readily as they once were. It’s an option, though. Invite them to visit. See how they bond with your child. They may visit more often, and offer you genuine help when you ask them. It’s worth a try.

It’s time to go get Mom. Hope you all have a fabulous day. Work on it if you have to. And keep doing. Don’t just try. DO! Read to a little kid today. You both will love it. Thanks for reading, we’ll see each other tomorrow. Be Safe. Be Kind.