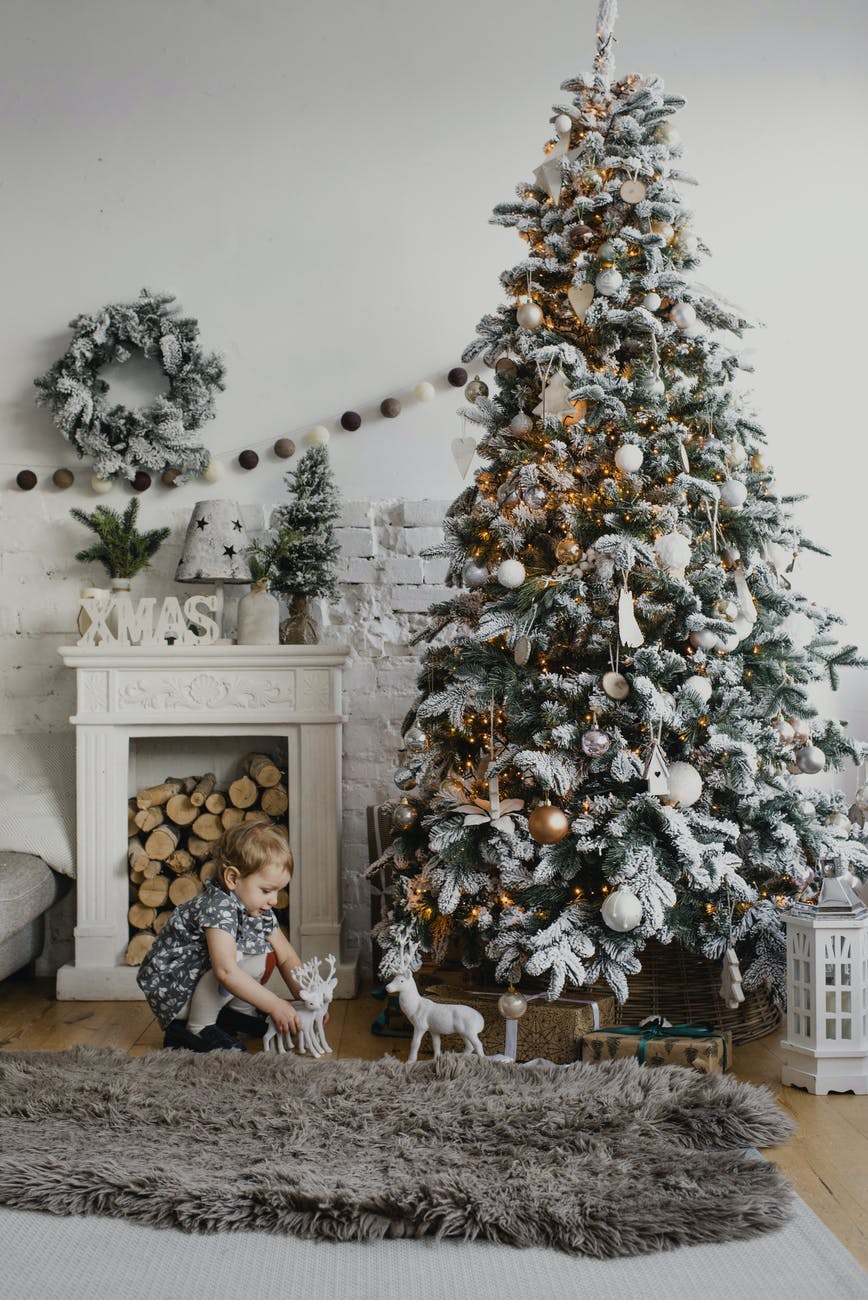 As I’m sitting in our living room, fireplace blazing, dogs chewing on bones and napping, I happened to look at how many of these blogs we’ve shared. 800! Wow! That’s over two years! I’m grateful to each of you for reading. You’ve stuck by reading good blogs and not so good ones. You keep coming back, regardless of how you feel or how much time you have, and you check out what we have to say. I’m delighted with that.

Over 400 of you are following me; no, not in a creepy stalker way (I hope not!), but but you ask to be notified when we publish a new blog. I’m grateful for that! Feel free, please, to post a comment on the blog at WordPress, not just on the Facebook notification. I do appreciate a comment in the Facebook area; I believe others may open up and comment if someone will just start commenting on the blog itself. PM me if you’re not sure where to start. I’ll answer!

As the month of December is on the horizon, I’m looking forward to decorating our home for Christmas. Even without a lot of “company” during the season, I can still enjoy it. Why not? Sure, it’s a lot of work. Sometimes, we just need to do it and quit analyzing it to death. Mom and her sisters all went crazy with Christmas decorating. Mom still has more than ten trees, all decorated, in the various rooms of the old family home. Some she leaves up all year.

When I was a kid, it was an extravaganza when Mom decorated the house and tree. The fake mantle was always decked out, complete with the sequined Christmas Stocking her mother made for each grandchild. It was a nice thing of Grandma to do that. Mine didn’t have my name on it, so I let my daughter have it. I put her name on with glue and green glitter. She left it when she moved and got divorced, I think. Oh well. She can make her own!

In the 50s and 60s, we had the old antique looking glass ornaments. No plastic whatsoever. Chemically, I believe many of those had mercury and lead in them, but don’t know for sure. It blew my mind how you could see your distorted face in the glass balls. Yes, I was easily entertained. It’s one of the things the Babe loves about me.

Dad would wait until later in the month (probably mid-December) to get our live tree. Sometime as a kid, my grandma had a silver aluminum tree with the light wheel. A good friend of our folks, Alice and Jack, always got spectacular flocked trees, usually in white. Wow. Blew my mind. One year, she gave me a little mint green Kodak camera. I took photos of my little brothers, my dad, anyone who would sit still. Of course, the thrill came from waiting for them to develop from the camera store. You couldn’t just drop them by Walgreens. Click on the blue to check out the history of Walgreens, I found it interesting.

Grandpa Jewell had a Drug Store, Sundries, and Prescriptions. He had a pharmacist, Cliff Chase. Back then, much of the prescriptions were compounded. Mom said the Jewell family didn’t celebrate Christmas until she married Dad. Grandpa always kept the store open in case there was a sick child who needed medicine. Grandpa finally closed his store by 6 p.m. on Christmas Eve, then re-opened the day after Christmas. Quite a feat, I think.

So, just like the Dad in A Christmas Story, mine had to haggle with the salesman. He always went alone, and teased us unmercifully about not being able to find one. One year, he convinced me we had to put it up and drill a hole into the ceiling so the top would be in my closet. Of course, I believed him. He would never lie! He was the King of Dad Jokes, before there were Dad Jokes!

After much grousing, he would set the tree up in the stand, and let the branches fall. Sometimes, they fell completely off, since he was also the King of buying Charlie Brown trees. He’d drill a hold into the skinny trunk, then put glue in the hole. He’d whittle the end of the branch until it fit. Once it dried, you never knew. Well, Mom did. She never let him forget it. We laughed as we grew older. When the Grinch came out as a thing, his favorite phrase was, “Bah Humbug.” Truer stuff never happened. My older brother and him exchanged a gift wrapped in paper with “Bah Humbug” all over it.

As I return to my novel for today, I am warmed by the memories of Christmas instilled in us by Mom and her sisters. My cousins all know what I mean by Christmas addictions. They’ve all lost their mom’s, so if they’d like to have their memories jogged, I’m sure Mom would love a visit for you all to view her tree addiction. I mean collection. It’s from where we all came! Thanks for reading today, our #800 Blog! See you all tomorrow!

I am so fortunate to have had a good Dad. He was of the generation who provided for their family and left the disciplining to Mom. Because Dad worked nights, Mom bore most of the work with the house and kids. She ran a tight ship and I did not want to cross her. She could clear a room just by her presence. We spent a lot of time outside playing, on the front porch reading, or in the back yard, playing jacks or marbles. We had to be quiet because Dad slept from about 5 a.m. until 1 p.m. If we woke him up, there would be hell to pay.

So, yes, Mom took the role of bad guy. She knew it. She sometimes commented she was bad guy, so we wouldn’t be mad at our dad. We didn’t hear, “Wait until your Father gets home.” Mom dealt out quick punishments and we didn’t challenge her. Her word was law.

Dad’s weekends were Sunday night and Monday nights. He would enjoy a couple of beers with Mom over the evenings. Sometimes, we’d go visit his friend Tom and his family. People would drop over a lot. WE didn’t have the company, we were the company, usually. Dad was always a perfect gentleman to women. He was the perfect example of how men should behave. Back then, if a woman put a cigarette to her lips, a gentleman would whip out his Zippo, light it quickly, and she would accept the light. You have probably seen it in movies if you never witnessed it in person.

There was never an official talk from Dad about life. It was always an example he gave. Everything from “Don’t ever volunteer for anything, they’ll never let you rest,” to “If you don’t know what’s going on, keep your mouth shut and your ears open.” Good advice. It even works now. A two-time bronze star recipient, he never talked about the wars he fought. He was exceptionally good at first aid. Of course; he was in medical in the Army. What he must have seen. Sometimes, he had a far away look on his face, where you could see he wasn’t quite with us. He would refocus on what was going on in the present. I often wondered where those moments took him.

There is no good thing about cancer. The only thing close to good is you get to spend time saying good-bye. I was fortunate to have my own time with him every day during lunch. I left my job, only six blocks away, and spent nearly an hour with him. We talked about everything we never discussed before. My kids, he told me they were going to be good people, don’t give up. He knew my job frustration as I tried to climb the corporate ladder without a college degree. He told me to keep doing what I’m doing, working, going to school, I will get there. I did. He was gone before I made it, but I know he witnessed it. I got to tell him goodbye. The last day, he said, “I just can’t fight this anymore.” I covered him up, took his glasses, and whispered, “You just do what you have to do, Dad. I love you, and we’ll help Mom out.” I kissed his forehead and he closed his eyes.

Later that afternoon, Mom called us and we went to the hospital. He died within a couple hours. He was in a coma, his lung had collapsed. The Doc said he could reinflate it, but it wouldn’t buy him any time. I told him what Dad just said to me a couple hours earlier, and after a minute or so, my brothers and Mom agreed to just let him go. He wasn’t in pain with the meds, so we just sat and listened. When you hear those breaths getting further apart, you anticipate at any moment there will not be another one. Until there is. Finally, they stop. A beautiful feeling descended upon the room. I’m not sure if anyone else felt it, but I did.

Dad was cheated out of enjoying retirement. He didn’t see his grandkids grow up. He didn’t see his adult children achieve. I think he would have enjoyed surfing the Internet. I’m lucky to be a woman who had a Dad like this. So many didn’t. For those who didn’t, they are suspicious of any male authority figure. I’m not. Dad gave us a secure home. Some people lacked that. Alcoholism among men was widespread during those years. I never had to walk to the neighborhood bar and beg my dad for money, or to come home. Some kids I know had to do that. How sad.

I love how Dad’s are so interactive with their kids in these times. I see so many good Dad’s, and I tell them so. I love it’s not just Mom’s job anymore. This is a change for the good. It benefits the kids, as long as the kid relationship with the parents isn’t more important than the parent to parent relationship. Things can get off track then. Beware of that. Then the kids rule the home where the parents are supposed to.

I’ll never forget my father’s hands. When he was sleeping in the hospital, I would hold his hand. They weren’t as warm and strong as they once were. I remembered walking down the street next to him, and he would hold my hand. I felt so safe with him. Always. He took me to the doctor, too. He didn’t get angry if I cried. He told me stories about taking care of people in the Army. He distracted me, so I wasn’t afraid. He got me. Those hands were miracle workers. They fixed cars and people. They remodeled the house. They worked on the presses at the local paper. They painstakingly built WWII model airplanes. What good memories.

Thank you so much for reading today, and taking a walk into my memories of Dad. I’m so proud to have been his daughter. He would have loved the Babe. They have similar qualities, all good. How lucky I am! Today is more of the same, learning Kid Lit stuff. Wish it was more exciting, but it has to be done. Going to lunch with my eldest today, so that will be a nice break in the work. Have a beautiful day. Be Safe. Be Courteous. Be Kind. Be Respectful. We all need it! See you tomorrow!